The REFORME+ Partners discover the new challenges of VET in France

On the 2nd of July, the REFORME+ Partners participates to a national meeting organized held in Paris by the CCCA-BTP about new challenges of VET following the “Bill for the freedom to choose one’s professional future”, promulgated September on the 5th of 2018. This new regulation aims to radically transform the French continuing vocational training system. Governance, actors’ role, financing and schemes are redefined. 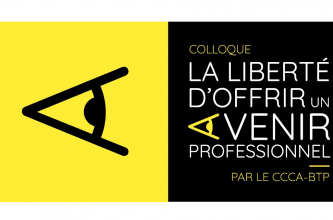 A ‘systemic revolution’ in continuing vocational training Supported by the Minister of Labour, Mrs Muriel Pénicaud, the law places the individual at the centre of the system. It aims to meet the skills needs of businesses better, particularly those of very small and medium-sized enterprises, and to promote access to training for all workers, especially the least qualified.

Creation of the agency France Compétences

Continuing training in France is a shared responsibility between the State, the regions and the social partners. The place of the first is strengthened by the reform. A new agency, France compétences, is created, bringing together these three stakeholders. It will be in charge of regulating the quality and the price of training as well as the equalisation of funding between professional branches. This new organisation merges several existing institutions. Reforming funding mechanisms; establishing a ‘dis-intermediated’ training system.

The compulsory contributions of companies for continuing training (the rate remains unchanged) will now be paid to a single body, URSSAF, a network of organisations collecting and redistributing social security contributions on behalf of the state since 1960. The current OPCAs [1], joint bodies run by the social partners, lose this responsibility, while the 20 existing OPCAs should be replaced by 11 skills operators (OPCOs – Opérateurs de compétences) organised by the professional sector. Among their tasks, skills operators will support SMEs in anticipating skill needs and developing skills development training programmes for their employees (plans de développement des compétences). OPCOs will also be responsible for developing apprenticeship. The personal training account scheme (CPF, compte personnel de formation), in place since 2015, has been at the centre of the reform. From 2019 onwards, the CPF will be recorded in euros and no longer in hours: EUR 500 (800 for the least qualified people) per year per person are credited, totalling EUR 5 000 (8 000) over a period of 10 years. The current entitlements in hours should be converted at a rate of EUR 15 per hour. Individuals will be able to enrol directly in a CPF-funded training course listed in a dedicated digital application (forthcoming). In the previous system private sector employees had to be funded by an intermediary body (one OPCA) for financing. In the new funding scheme, costs of CPF training schemes will be paid to training providers directly by a public body (Caisse des dépôts et consignation). Career advice and guidance services for employees will be developed through the improved Career Transition Counselling Service (Conseil en évolution professionnelle, CEP). The law broadens the definition of training action to include position tests, distance learning and on-the-job training (Action de formation en situation de travail, AFEST).

The activities of France compétences and the new OPCOs will be launched from the first quarter of 2019; full implementation and transition from the old system to the new one is to be completed by 2021.