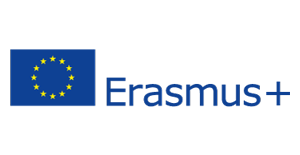 Work process orientation (in German: “Handlungsorientierung”) is one of the key factors in construction VET, which among others decides upon the success of an individual in the labour market. The better entire (holistic) work processes are understood by skilled workers, the better worker and company fit together. The degree of work process orientation (or action orientation) as a pedagogic-didactic method in the initial vocational education and training (VET) on secondary level varies in a massive way in Europe. The scope varies from systems which base on conveying quite a high part of “only” theoretic knowledge and not highlighting the practical aspects, to systems with a big part of conveying practical knowledge and skills (work contract with a company before entering and while staying in VET). In some countries the apprentices have a contract with a training centre and in others with a company in order to enter the VET-system in the construction sector. In the EU countries there are often systems of methodological steps in the work process orientation in VET. They range from rough 3 stages in countries (1. plan, 2. conduct and 3. control) to differentiated six steps in other countries (1. inform, 2. plan, 3. decide, 4. conduct, 5. control and 6. assess). The German model by Prof. Uhe & Meyser (Berlin, 2006) is still the method of choice in the VET of the construction sector in Germany. It was developed among others by the promoter of WinAPP and is distributed by Christiani-Verlag. This model is one of the most differentiated and also the most work process oriented content conveying method in Europe. Additionally German six-step work process-model is also embedded in the German Dual System, which is widely demanded in other European countries to compete on the transnational labour market and providing their workforce with better chances to attract a company working contract and thus lower unemployment rates.
But, the system developed in 2006 is based on classical media: print and DVD. So far there is nothing existing in form of APPs for this. The existing catalogue of single working tasks to be conducted in VET by apprentices and VET-trainers/teachers should be adapted to the state of the art for mobile devices – smartphones and tablets. The suitability of these tasks´ catalogue is easy to explain, because there is always a self-contained task dedicated to the apprentice, starting with a customer´s assignment. Then the apprentice has to inform him-/herself about possibilities how to start the job, plan the work steps, decide on material and methods, conduct the work, control the quality of work and eventually assess the whole process from the starting point.
This holistic methodologic approach gets even more important not only in Germany but beyond, because VET and any preparing measures for becoming construction worker is oriented towards working processes, assignment processes and business processes in the wider sense. A more intense awareness of these single steps helps apprentices at an early stage of their professional career to also cope with the necessities of the future oriented method of Building Information Modelling (BIM), in which all steps in the working process have to be documented etc.
The objective here is to analyse in detail the existing models and methods of work process orientation and the degree of application in VET in the partner countries by a) desk research and b) by interviews with VET-trainers/teachers and apprentices. This should lead to a realistic approach how to cope with current requirements by the applying target groups how an APP should look like, what it should provide and which should be the core contents in terms of conveying method and practice. The APP-development will incorporate versions for apprentices and VET-trainers/teachers. The new form (APP) will cope with the need for updating the form of media and thus the acceptance to work with the contents and methods. Eventually this should open new chances for young people to enter the labour market and lower youth unemployment rates.
As the construction sector labour markets are not isolated any more but flexibility is required by companies, the project is necessarily planned transnational. For workers independent of their origin (also refugees) there should be an easy tool for devices they own in far majority (smartphones), to get familiar with the method and also with pilot contents. To increase acceptance, the catalogue for self-contained tasks in this project will be defined by the project partners respecting the results of the interviews with VET-trainers/teachers and also apprentices in the very beginning phase of this project. The international gathering of content for the APP as well as the promotion of a homogeneous approach for work process orientation throughout the partners countries (first steps) but also to third countries (second steps) should contribute to a European Labour Market in construction.

The partnership is composed by :