Home // News // Women can Build: towards an equal construction industry

Women can Build: towards an equal construction industry

On the occasion of the International Women's Day, the REFORME Network would like to present the project Woman Can Build led by the Spanish FLC (The Labour Foundation for Construction) to promote equality in Vocational Training and job placement of women in the construction sector. 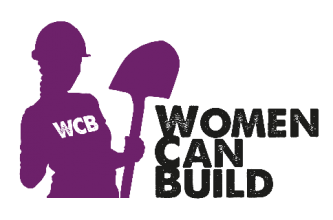 “Although Europe has made continuous progress in recent years thanks to the intense work carried out at local, national and European level, equality between women and men is still a pending issue and we are very far from achieving it, especially in areas such as participation in the labour market, economic independence, rewards and pensions, presence in decision-making positions, the fight against sexist violence and in our external action “. In this way, Vêra Jourová, European Commissioner for Justice, Consumers and Gender Equality, introduces the Strategic Engagement for gender equality (2016-2019), a framework that corroborates the European Pact for gender equality (2011 -2020) and continuation of the Strategy for equality between women and men (2010-2015) of the European Commission.

Even if the message does not seem encouraging, the employment rate of women reached the highest level ever recorded in 2014, reaching 64%, according to Eurostat. A percentage that is approaching the target set in the strategy “Europe 2020. A strategy for smart, sustainable and inclusive growth” (COM (2010) 2020 final), which aims to achieve an employment rate of 75% for women and Men between 20 and 64 years old.

For this integrative growth it is essential that the Vocational Education and Training (VET) system be revised towards a more inclusive approach, especially at related to sectors in which women are underrepresented, investing mainly in the qualifications and professional skills of those occupations with the greatest employment projection, such as activities derived from energy efficiency or ‘green’ construction in the case of construction, thus taking advantage of labour market opportunities.

This is the case of the construction industry, in which we find that there are still occupations in which the presence of women is less than 1%. And is that the sector has been traditionally male, a condition that has been justified, among other issues, by the harsh physical conditions of work. However, men and women can access and perform the same professional tasks in equal rights and opportunities.

But the feminization of this industry encounters intrinsic barriers -such as that women do not see themselves as construction workers, and with labour market barriers, in which there is the possibility that a job done by a woman may be considered less professional by companies or clients. In addition to other difficulties -such as the integration of women in the day to day of a very masculinized sector, in particular, or the persistent inequalities in society as a whole, in general.

In short, it is about advocating for equal opportunities from an inclusive approach of the Vocational Education and Training system, promoting professionalization, through equal training; and promoting the labour insertion of women, with the activation of the labour market.

The Labour Foundation for Construction is leading since September 2017 the ‘Women can Build. Re-envision of Vocational Training towards an equal construction industry’ project belonging to the 2017 call of the Erasmus + Programme of the European Union, within the line of Cooperation for Innovation and the Exchange of Good Practices, in which it is accompanied by the Madrid Employment Agency as a Spanish partner, as well as other institutions in the sector from Germany, Belgium, France, Italy (two) and Portugal.

Through a holistic approach, this project seeks to intervene in the main actors involved in the promotion of gender equality in the sector: companies, training professionals, vocational training centers and women, especially young people in situations of unemployment, at risk of social exclusion and long-term unemployed.

Thus, the objectives of this initiative are:

Learning for the promotion of gender equality

Within the activities and the results foreseen throughout Women can Build, is the development of MOOCs courses (Massive Open On line Courses) oriented towards the gender sensitivity of trainers and trainers, establishing a system of recognition of the competencies and continuous training through an online platform.

On the other hand, specific guides will be created for Vocational Education and Training centers on the development of counseling and mentoring skills for women.
In addition, the “learning-by-doing” model will be fostered with an experience of formative immersion, in which a group of women will carry out the construction, on a small scale, of a Building Almost Null Energy (EECN), applying knowledge in competencies in energy efficiency and renewable energies.

Likewise, an action plan will be defined, with roadmap and support services for companies, in order to guide them in the integration of women in construction.

The Women can Build project wants to be a case of good practices, with an impact on the European Union, that can be transferred to other sectors, countries or institutions with the same casuistry.

The partners of the project are :