Building up skills for successful European Projects in the Construction Sector 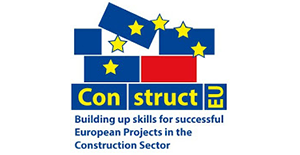 ConstructEU is a LEONARDO Transfer of Innovation project which was funded by the European Commission in the frame of the Lifelong Learning Programme (2007-2013). The project covered a two-year period. Seven partners from three European countries (Spain, Hungary and Germany) participated in the project. The aim was to develop a professional qualification for EU project managers who are active in the construction sector, which is based on the training course “Qualification to EU-Fundraiser” certified by emcra GmbH and provided in Germany.